When changes are positive like for BCS this means that the genetic level of the cows in the base population April 2019 was lower for BCS compared to the genetic base group April 2018.

The average change for each trait evaluated is reported in the table below: 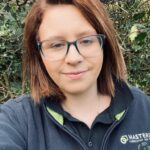